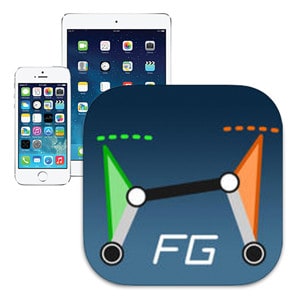 App for iPhone & iPad
Mechanism Generator FG is built on LAPACK commands that generate an animation of a four-bar linkage to your specifications. This is a convenient tool for generating four-bar linkages for function following using an iPad/iPhone.

This iPad/iPhone app synthesizes a four-bar linkage for function generation. A function generator allows for the output link to rotate at an angle, which follows a desired function of the input angle. The user specifies the input-output function as five input-output angles for the two cranks. Our software then synthesizes linkages and displays an animation for performance verification. In addition the design algorithm is run iteratively on toleranced positions within acceptable variations, to generate multiple solutions. 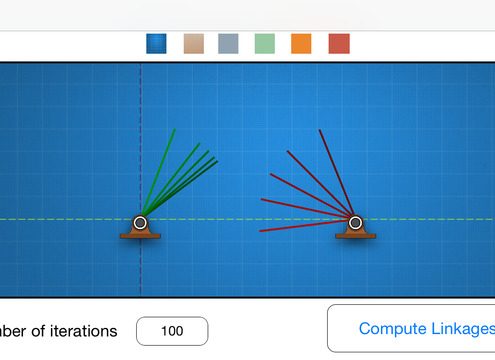 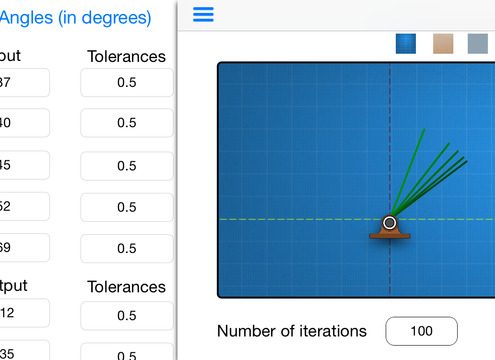 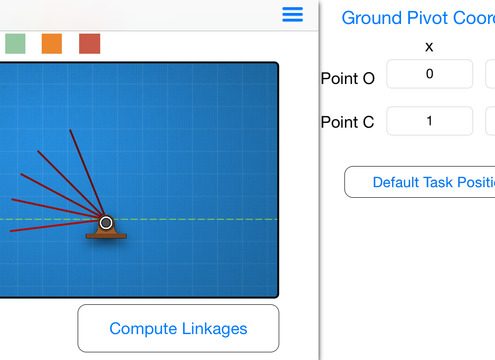 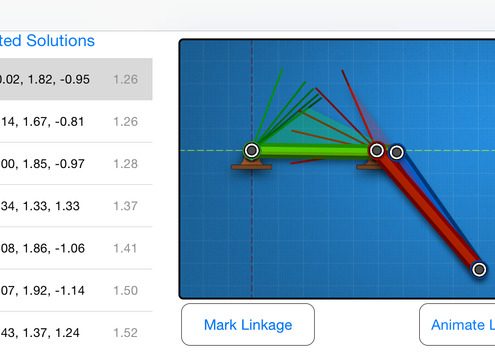 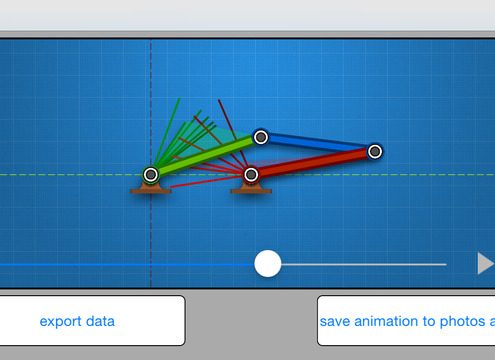 The items presented here come from various activities in the design of mechanical devices.